Back to “Basic Trigonometry” Page

What Does a Circle Have To Do with a Sine Wave?

When we graph a sine wave, we are plotting the x and y values starting at zero and moving to the right instead of sweeping constantly around the origin as we do in a circle. By doing this we will have exactly one y that corresponds to a given x which is the definition of a function. The result is a graph like the one below. 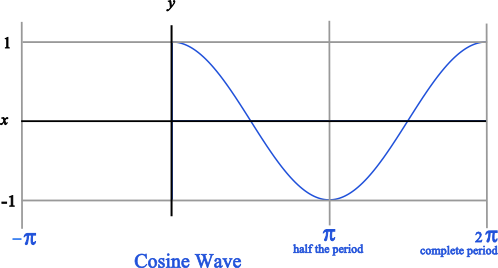 The animated graphic below demonstrates how a geometric figure (circle) becomes a function (wave) by changing the method of plotting.

The animated graphic below demonstrates the same process with a cosine wave.